Regenerative thermal oxidation system from Dürr for the cement industry

Bietigheim-Bissingen, 11.01.2021 – Jura-Cement-Fabriken AG in Wildegg (Switzerland) uses the country’s first regenerative thermal oxidation system (RTO) as the main stage in its air pollution control system. This upgrade enables the cement producer to comply with much lower clean gas values in the future. The solution combines Dürr’s Ecopure® RTO multiple-chamber principle with an optimization of the existing process technology in the calciner.

Jura-Cement-Fabriken AG (JCF) in Wildegg, part of the Swiss JURA Materials Group of the international CRH Group, is one of Switzerland’s leading cement producers. The new technology enables a reduction in the use of traditional raw materials along with compliance with future limit values. Through the planned substitution and the increased use of excavation materials from demolitions, the solution makes a contribution to the circular economy. Once the new system goes into operation in 2022, lower clean gas values for carbon monoxide, hydrocarbons, and ammonia (NH3) will be achieved. According to Markus Stampfli, project manager at CRH, “JCF will thus assume a leading role in Switzerland and also in Europe”.

It is more than 20 years since Dürr supplied the first RTO for a cement plant in the USA. “Our many years of continuous service support ensure that this plant is still producing cement and in strict environmental compliance,” says Matthias Hagen, Sales Manager for the European cement industry. As a result, Dürr has a lot of operating experience to draw from, and is in a position to offer suitable plants in Europe too.

Innovative operating concept for air pollution control in the cement industry
The specialists at JCF developed a new concept for the project in Wildegg, verifying it in appropriate preliminary tests. A crucial step here is optimizing the existing plant technology as well as reliably reducing emissions with the downstream Ecopure® RTO. A concept like this is revolutionary in the cement industry. Instead of combining selective catalytic reduction (SCR) and making compromises to the RTO, this solution is based on the interaction of two separate process steps: on the one hand, the existing plant is optimized with regard to reducing NOx and, on the other hand, the CO and VOC emissions are reliably removed in a specially designed Ecopure® RTO. Separating the processes reduces complications developed from combining the steps, which increases functional reliability. 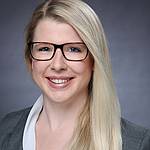