The ultimate in air pollution control

For one of the biggest RTO systems in the world, Dürr used enormous quantities of steel

The chemical group Yisheng Petrochemical Co., Ltd. has been relying on Dürr air pollution control technology since 2010. However, the latest project at its site in Zhenhai in the city of Ningbo in eastern China is the biggest by a long shot: seven regenerative thermal oxidation (RTO) systems, each with nine towers, purify up to 2.31 million Nm³ of air per hour. Lots of hot air, as befits an RTO system. But that is not enough: to achieve the dimensions for the required capacity, several tons of steel were also used.

Plastic bottles, food packagings, and textiles. Purified terephthalic acid (PTA) is one of the most in-demand starting materials for the most important polymer in the plastics industry. At its Ningbo site, the chemical group Yisheng Petrochemical Co., Ltd. produces lots of it: Just two of the chemical giant’s seven new production lines can produce up to three million tons of PTA annually.

However, the production of the colorless powder results in exhaust air, some of it partially polluted, which presents a special challenge. For this reason, the exhaust air experts from Dürr were entrusted to install Oxi.X RE systems. They are based on regenerative thermal oxidation (RTO) and remove the harmful components generated during PTA production from the exhaust air. This is how Yisheng Petrochemical ensures that no polluted exhaust gases escape into the atmosphere.

Dürr supplied seven identical Oxi.X RE RTO systems and a corresponding number of Sorpt.X SW wet scrubbers. Each system consists of a nine-tower Oxi.X RE RTO, a downstream scrubber and a clean gas stack. The treatment capacity of a nine-tower RTO is about 330,000 Nm³/h, rendering the installation in Ningbo/Zhenhai one of the world’s biggest RTO systems with 2.31 million Nm³/h treatment capacity for the seven units. 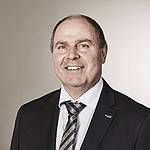 Within a few months, the first four RTO units were installed and have been operating since July 2021. The remaining three units have been in operation since January 2022. A total of 1,340 tons of stainless and carbon steel were used for the RTO units and their ducting, around ten times as much as for the Statue of Liberty. More than 200 poppet valves, over 220,000 pieces of ceramic media, and over 150 kilometers of cable were also used. But the logistical feat paid off: Regenerative thermal oxidizer systems made by Dürr achieve a destruction and removal efficiency (DRE) of nearly 100%. This is necessary to meet the more and more stringent emission standards in China and globally.

Curious? You can find more impressive facts and figures in the video and the infographic (see above).