The Volkswagen Group began production of its ID.3 electric car at its plant in Zwickau at the end of 2019, marking the start of its electric mobility initiative. Preparing existing manufacturing facilities for the production of electric cars requires extensive modernization work, and this was the case at Volkswagen in Zwickau as well. The car manufacturer’s main priorities were efficiency and flexibility. For this reason, it introduced a new adhesive solution for bonding side windows at the plant in Saxony.

The decision to produce only electric cars in Zwickau in the future – the plan is to manufacture 330,000 each year – has led to the need for major structural changes in the final assembly process.

During the conversion of the plant for the production of new electric cars based on the Modular Electric Drive Kit (MEB), the level of automation in the window center was increased significantly. Manuel Vogl, Key Account Manager, Sales and Proposals Gluing, explains what makes the process of fitting side windows in Zwickau so different: “It takes place in line tracking mode. The car body on the skillet platform moves continuously while robots put the side windows in place.”

In the future, everything will be fully automated: the supply of the windshields and rear windows from sequenced transport containers and the side windows from non-mixed transport containers via the logistics module, the adhesive application and the fitting of the windshields and rear windows in stop-and-go mode and the side windows in continuous production. In the past, the side windows could be fitted using an automated process only when the conveyor was in stop-and-go mode. 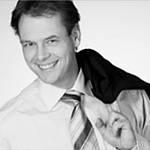 Dürr developed the line tracking process in close cooperation with Volkswagen. One benefit of the new process are significant cost savings, because the conveyor system no longer has to be adapted to stop-and-go production. In addition, the side window bonding unit can be integrated into the assembly line in any location.

The changes in the systems to accommodate electric cars affect not only the adhesive solution, but also the entire final assembly process. Dürr responded to these new challenges by developing the NEXT.assembly strategy for final assembly. It brings together expertise in all areas, including initial concept planning and consulting, conveyor, gluing, assembly and filling systems, the test stands at the end of the conveyor line and the digital solutions for final assembly. This gives manufacturers of electric cars the opportunity to choose individual components from a modular toolkit for their final assembly processes or to opt for a complete customized solution.

Volkswagen in Zwickau decided to make use of additional Dürr systems as part of the NEXT.assembly strategy. For example, eight x-gun multi-direct bolting systems were chosen for the marriage process, which involves installing the battery in the underbody of the car. The filling system also needed to be modified. The new refrigerant R744, which can both cool and heat the car because of its thermodynamic properties, gives electric cars a longer range. From a technological perspective, the filling system had to be redesigned from the base unit through to the adapters, which come from the latest G4 Net generation. The move to the production of electric cars also required changes to be made to the conveyor systems, which is why Volkswagen has commissioned Dürr to carry out conversion work on the overhead conveyors.