With a wide-ranging portfolio of air pollution control products, Dürr is a leading global supplier in this field. A growing subsection of these products aims to overcome the challenge of effectively removing odor emissions as well as pollutants across a broad variety of industries.

The human nose has 30 million receptor cells for perceiving and identifying odors. This makes it a very important and sensitive organ. Smells are often linked with emotions. At the same time, they can also indicate danger and our brains react quickly when we smell harmful odors.

The odor detection threshold in people varies significantly from one individual to another. This is why expert groups are needed to evaluate odors and draw up appropriate guidelines for dealing with them correctly.
The German Federal Immission Control Act, the Technical Instructions on Air Quality Control (TA Luft) and the Guideline on Odor in Ambient Air (GOAA) specify certain requirements for Germany. However, comprehensive regulations are not yet in place in every country. Odor problems are often highlighted as a result of complaints from residents. Companies are therefore faced with the challenge of meeting the requirements of the legislation and also avoiding the spread of unpleasant odors in the immediate neighborhood of their production facilities. 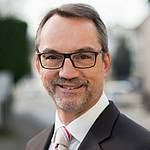 We understand that people have become more sensitive to odors. This is due to an increasing awareness of environmental and health-related issues and to the growth of residential areas near industrial sites as a result of increasing urbanization.

Air pollution control is the process of removing environmentally hazardous substances that are produced in industrial processes before they are released into the atmosphere. Some processes include phases which result in strong smells being emitted, such as roasting coffee, processing cocoa or manufacturing animal feeds. Odor emissions like these, which are specific to certain products, can be a problem for residents and employees in the long term. Smells produced by other industries, such as rubber manufacturing, are often linked in our minds with substances that are harmful to health. In these cases, minimizing the odors is particularly important in addition to controlling the air pollution.

RTO systems are based on regenerative heat transfer. Dürr offers an extensive range of different RTO technologies. These include classic RTO systems with a burner and a combustion chamber and also single-bed, flameless regenerative thermal oxidizers, which use electric heating to allow for CO2-neutral and zero thermal NOx operation. The odors and pollutants can be removed efficiently because the systems operate at temperatures above 800°C. The dwell time, the cleaning concept in the plant, the order of the various stages of the process and the choice of materials also affect the air pollution control results and ultimately, odor reduction levels achieved.

Magnus Morsch, Global Customer Director for Environmental Technology at Dürr, sums up the situation as follows:

The amendments to TA Luft adopted by the German government on December 16, 2020, underline the fact that thermal processes are ideally suited for this purpose. As the world’s leading supplier of air pollution control systems, Dürr understands how to effectively minimize emissions of pollutants and odors to ensure long-term compliance with the requirements of the legislation.