This is just a test: Dürr in the test lab

If you are buying a new guitar, you can try it out in a music store beforehand. You can try out running shoes on a treadmill in a specialty store. And of course, it is common practice to try on clothes before you buy them to see if they fit or look good on you at all. Try before you buy has been a proven method for a long time for private customers. In industries this option also exists. At private research companies, end customers from various industries have the opportunity to carry out tests with Dürr's equipment in order to test their coatings and substrates for compatibility. The tests are an optimal preparation for series production.

Two of these research companies are Rescoll, which has several sites in France, and Cidetec in San Sebastián, Spain. The target group here is primarily end customers from general industry as well as paint and substrate manufacturers who see such facilities as an uncomplicated and cost-effective solution for testing their products in advance for suitability for series production.

The testing process basically takes place in several stages: First, the customer sends the corresponding coating or substrate to the research facility. The research facility then tests the Material. If it is generally suitable for the test, the results are sent to the manufacturer. The manufacturer then has the opportunity to adapt paints and substrates if necessary, so that they can be used in series production. Dürr already refers to the possibility of having paints and substrates first tested at one of the research facilities in consultation meetings with its customers. If the results are satisfactory, Dürr will support the customer on request in finding a suitable integrator in the integrator network. The integrator ensures that the Dürr equipment is quickly ready for use at the customer's site. 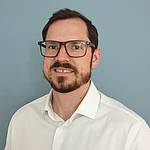 Rescoll is a private company offering technological services at three sites in France - Pessac, Rochefort and Bayonne. With more than 7000 m² of laboratory space, the research company is able to conduct testing and industrial research on polymer materials applications in numerous industries. These include medical technology, energy, transportation and construction. Rescoll is active for its customers in the early stages of product definition and polymer formulation or shaping. In addition, the research company conducts physicochemical testing, mechanical testing, aging and fire protection testing as part of its regulatory qualification and materials analysis services.

Originally founded for the aerospace industry, the private research institute Rescoll has increasingly opened up to other industries. Dürr's ready2spray robot has already been in use at the Pessac site for some time. This pre-installed and ready-to-paint robot is equipped with the EcoBell2 atomizer. Now the EcoPaintJet also complements the test equipment.

Dürr's overspray-free process was already introduced in the automotive industry in 2019, where it is already being used in series production. More and more industries are becoming interested in the process.

Cidetec has its home in San Sebastián, Spain, on the Bay of Biscay. The high-tech test center for surface applications offers suppliers to the aviation industry and paint manufacturers in particular the opportunity to have their paints and substrates tested in the laboratory. In order to keep up with the ever-increasing demands of its customers, Cidetec has built a new paint booth on the approximately 4,000m² company premises. Where paint application was previously carried out manually, Dürr's ready2spray robot in conjunction with EcoGunAS Auto automatic low-pressure gun and fluid board with 1k dosing now ensures maximum repeatability of the tests. Both the robot and the painting process are monitored with only one control system. The robot is installed in the ceiling position so that, in addition to automatic painting, manual operation is still possible. The Dürr products impress with their uncomplicated commissioning and are also cost-effective and timesaving.