The SCR usually operates within a temperature range of 300 to 350°C. If the exhaust air entering the system is not at the required temperature, it must be pre-heated using an air-to-air heat exchanger, for example. The air is then heated further by a burner or another type of heater until it reaches the catalyst operating temperature.

The process of reducing the nitrogen monoxide (NO) and nitrogen dioxide (NO2) takes place in the catalyst. The function of the catalyst is to lower the reaction temperature, which would otherwise be between 900 and 1000°C, to the required operating temperature of 300 to 350°C.

After the reaction temperature and the catalyst startup temperature have been reached, an ammonia and water solution is injected into the system. The ammonia is used as reducing agent and reacts with the nitrogen monoxide (NO) and nitrogen dioxide (NO2) in the exhaust air to form nitrogen and water. The chemical reaction in the catalyst is selective. This means that the priority is to reduce nitrogen oxide levels while as far as possible suppressing the unwanted reactions of other substances.

After the nitrogen oxides have been converted in the catalyst, the energy is extracted from the clean gas by an air-to-air heat exchanger and used to pre-heat the untreated exhaust gas.

SCR systems from Dürr are widely used in the chemical and petrochemical industries. This type of system has also proved to be an excellent solution for purifying exhaust gases from the glass manufacturing process.

The primary function of SCR systems is to purify waste air that contains NO and NO2.

The SCR Air Pollution Control System consists of a catalytic reactor with an upstream support burner or electric heating system, an ammonia injection station, and a heat exchanger for recovering heat and pre-heating the exhaust air. A supply of heat is only needed if the exhaust air is below the reaction temperature of the pollutants or the startup temperature of the catalyst. 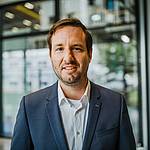 Our SNCR technology utilizes custom-designed Sorpt.X NT (formerly TurbotakTM) atomizing nozzles to inject ammonia or urea solutions directly into the hot gas to chemically reduce NOx to nitrogen and water. In applications where site-specific performance data is necessary, we can conduct a full-scale demonstration of the effectiveness of an SNCR system.

We offer pilot testing at your facility to determine the feasibility of SNCR for NOx emissions control. Urea and ammonia injection testing is conducted to evaluate the best choice of reagent for your process, proper equipment sizing for full-scale installation, and injection locations.

We continue to expand our database in chemical production applications such as glass and carbon black manufacturing through full-scale demonstrations. Our goals are to maximize NOx control performance while optimizing chemical utilization with low reagent consumption and the lowest levels of reagent slip. We utilize both predictive and scale modeling techniques to assure optimum gas flow distribution to achieve this goal.